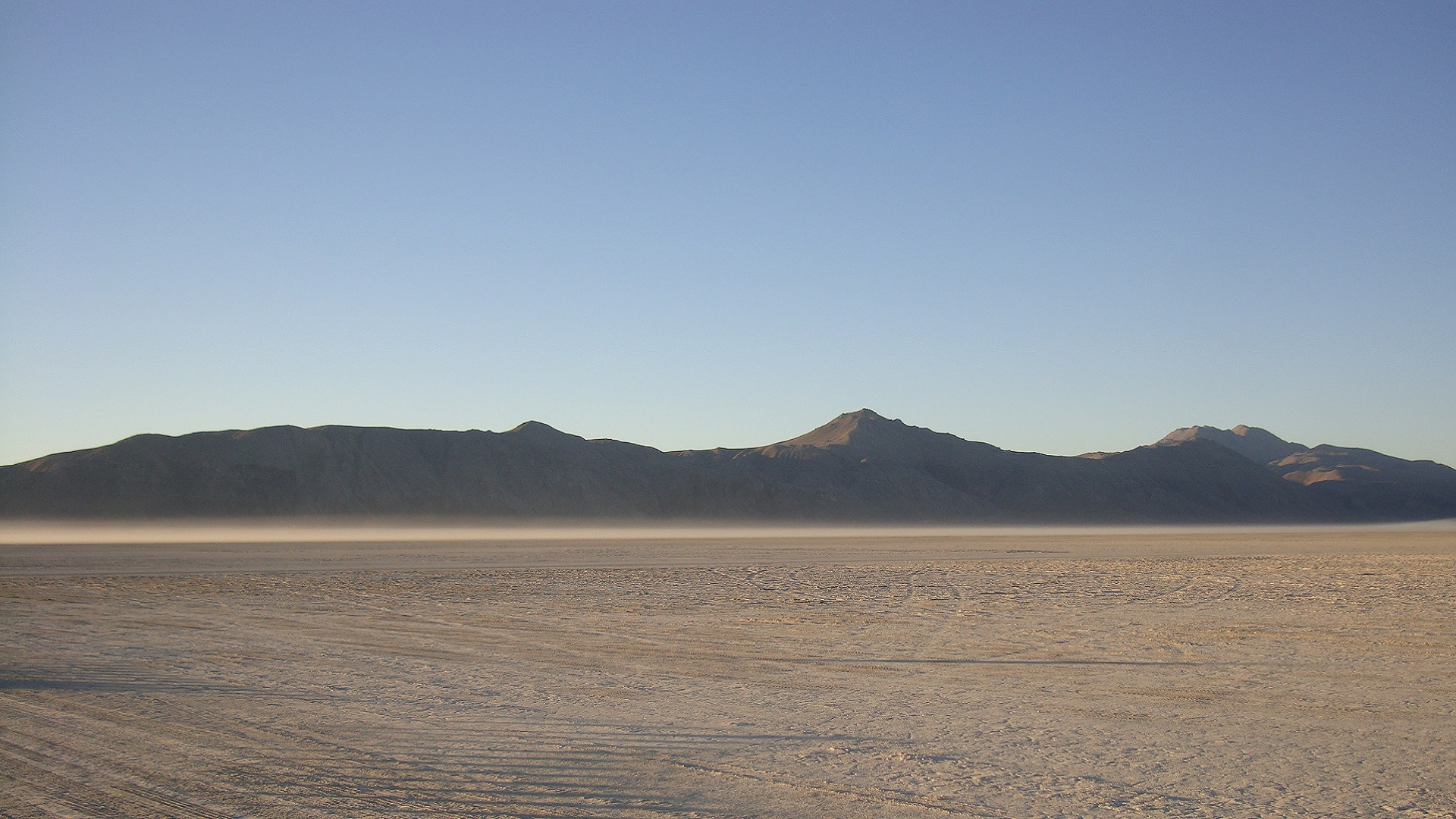 In the Beginning There was Dust

A short video from 1992 shows how far we have come and at 3:56 illustrates the need for an airport and guidelines.  A happy walk away from a 2015 engine failure is shared by Marc MERLIN.

We collectively stand on the shoulders of many.  Unfortunately, many names have been lost in time.  Misty legends say we started as Camp Cataclysmic Megashear Ranch near the perimeter fence in the 1990s with Carl Copek.  Flight-loving Burners joined the group. Glassman (Roger Plowe) guided the adventurous Grumman Tiger pilot TigerTiger (Lissa Shoun), via radio for her first landing in 1996. Other folks from the 90s who are still camping and flying in are SkyChick and PurpleHaze, Rebar, Glassman, and Shelley.

TigerTiger went on to become the Airport Manager in 1999 and led the group from a spontaneous campout into “official” Burning Man and FAA recognition.  Her partner, Eric Bong, was at her side helping along the way.  Many people joined her to improve flights into Burning Man.  In 2008 we were recognized as a temporary airport and in 2010 we were issued the official “88NV” when we were granted an Airport Identifier Code. Someone had a sense of humor as 88 is ham radio for “love and kisses.” 88NV appeared on nav charts in 2011.

One group of original campers set-up a desk and began giving “tour information” to the local hot springs and Frog Pond (it was legal then to take a soak during the event).  Frog Pond was actually created to serve the Reno high-class restaurant demand for that epicurean delight: frog legs.  The “tour desk” became BRTA, the Black Rock Travel Agency.

One year, planes couldn’t land at BRC so BRTA became a shuttle service, driving pilots in from tiedowns miles away. When the hot springs tours became unfeasible due to excessive demand (and later an outright ban by the BLM), BRTA morphed into the “agents of misinformation” leading people astray. One year Glassman provided children’s wading pools as an alternative to the hot springs. This encouragement for Burners to use their own critical and lateral thinking skills continues to this day.

Calamity Charles, who would eventually take over for TigerTiger as Airport Manager, camped at the Airport in 1998 and began volunteering the following year. He  recalls his early days when we actually sold tickets at our Gate. “Airport was a hole in the trash fence with a card table under some shade. And we used to tote bags of money to Thorny after the event to be stuffed under his sofa cushions,” he said. We have definitely matured.

Burning Man first recognized the following in 2004: Airport Manager, Facilities, Volunteer Coordinator, Air Safety, and Unicom, according to the Ember Report.  Additional “official managers” occurred in 2007, growing to 30 defined “official” positions in 2015 that were recognized by Burning Man.

In 2007 a flight formation called “Fallen Angel” was dedicated to Berk Snow, an avid 88NV Scenic Pattern gifter who died in a plane crash earlier in the year. Calamity recalls being “in the right-hand seat of the lead plane in the formation. When we landed, there were 20 planes in the pattern. We were landing two at a time, one on the runway and one on the adjacent road. We were all swivel-heads, and there were lots of people saying things like, ‘do you see the white low-wing wagging its wings at your 9?’ Very good pilots.” A contest chose Ross Smith’s design for the Starport.  Fabar, Flash Gordon, Painted Lady, Rebar, and many others worked hard to raise funds and help build the Starport.

Donnerarium was the first Art Burn to be held at the airport. It was designed and built by Squeezebox in his driveway. It was a tribute to the ill-fated Donner Party (concept Badier Velji)

that passed by near BRC, combined with the Legend of the Ghost Camel and wild camels heard by krzylade as a child (concept Sandi Kovach-Long). Camels were released by the military and running wild in local deserts in Nevada, Arizona, and California. The last reported sightings were in the 1920s.

We’ve seen weddings, skywriting, The Man Up in Smoke, and birth of the Starport. We’ve been serenaded by an opera singer while watching a graceful pole dancer spin on a fire-breathing mutant vehicle.  In 2015 we saw the epic Thunderdome battle between Dee Zaster and Dog Pilot.  When the dust settled, Dee Zaster was declared the winner after a rousing battle and friendship resumed.

We launched the management of drones / remote controlled aircraft with RCBRC.  Single runways multiplied into two runways. A few small charters have evolved into a complex organization. A small group of campers have become a team. Creating this single week of Airport Village takes 1000s of hours of volunteer time before the Event with planning, writing, surveying, and building, to create our temporary playa home.  We couldn’t do it without the additional hundreds of volunteers signed-up on ShiftBoard who are supporting us during the Event. Thank you for helping us make the impossible become possible each year.

Thank you to everyone for making this one of the most amazing little airports in the world.